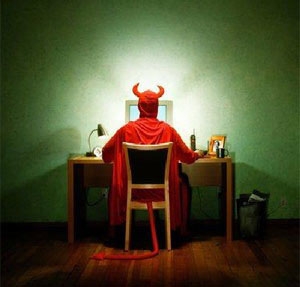 Whether you build your own penetration test team or hire a third party, pen testing is crucial for security.

The disclosure earlier this year of attacks originating in China and targeting Google and other large corporations proves that today's cybercriminals are sophisticated and out for financial gain, not bragging rights. These targeted, multipronged intrusions draw on a range of techniques and tools, including exploitable vulnerabilities, inside information, and attackers' sheer persistence. Could your systems stand up to these sophisticated threats? For many enterprises, the best way to find out is to attack yourself first, or hire somebody to do so. A good penetration test may spot security vulnerabilities before attackers do.

The issue is that our standard security product lineup focuses on the Internet as an attack vector, but that's not the only way in. A determined attacker can break in by gaining the cooperation of an insider or even through physical access to your buildings. To really test your defenses, you need to attempt penetration via all of these methods.

In the past, penetration test customers were typically limited to institutions, such as banks and government agencies, that had both large amounts of sensitive data and the resources to fund specialized tests. These days, there's a greater awareness of and interest in penetration testing. Some companies use internal assets, others bring in an outsider to rattle IT's cages.

"The two main drivers behind penetration testing achieving more mainstream recognition are the PCI Data Security Standards and boardroom attention," says Nick Selby, managing director of Trident Risk Management, a security consulting firm that conducts assessments. Other compliance standards, such as HIPAA, also carry pen test requirements. Penetration tests conducted by third parties are the norm, but there is a do-it-yourself option thanks to automated pen testing products from vendors such as Core Security Technologies, Immunity, and Rapid7. Open source tools are also available for companies that want to build their own pen test kits.

A true penetration test involves far more than a scan and a report. Steve Stasiukonis, VP of Secure Network Technologies and a pen tester for more than a decade, says scannable network components are only one of three elements that must be evaluated.

"People, process, and technology are all part of a thorough test," Stasiukonis says. "Of the three, people are the weakest link, and a good pen tester will perform reconnaissance that determines what's needed to get past your people and into your systems."

We all know that employees with weak passwords are weak links. But there's much more to social engineering, in which the attacker gains a target's trust, which can then be exploited. Social engineering attacks are often used to gain physical access to a building or sensitive location. For instance, Stasiukonis and his colleagues will disguise themselves as service technicians--complete with uniforms and logo-emblazoned van--to gain physical entry into a client's business.