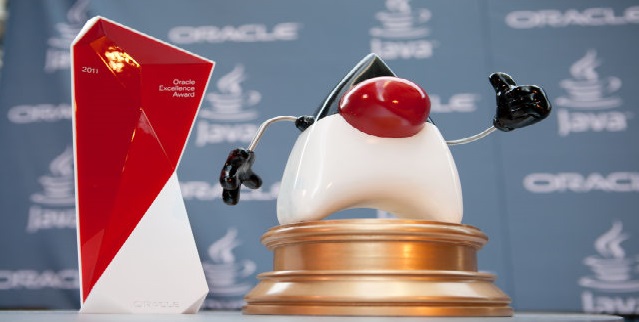 Once finalized, the order could impose a civil penalty of $16,000 per violation.
Security issues have long bedeviled users of Oracle's Java SE, and on Monday the FTC's efforts to address the problem finally came to fruition.

Oracle has agreed to settle charges that it deceived consumers about the security provided by updates to its Java Standard Edition software, which is installed on some 850 million computers around the world, the Federal Trade Commission announced.

"When a company's software is on hundreds of millions of computers, it is vital that its statements are true and its security updates actually provide security for the software," said Jessica Rich, director of the FTC's Bureau of Consumer Protection.

Under the terms of a proposed consent order, Oracle will be required to give consumers the ability to easily uninstall insecure, older versions of Java SE.

Oracle acquired Java in 2010 and has been aware of security issues affecting older Java versions ever since, the FTC charged. It also promised consumers that updates would keep users' systems safe, the commission said.

In reality, however, those updates removed only the most recent prior version of the software, leaving older ones intact -- and vulnerable to attack.

The security issues made it possible for hackers to craft malware that could access consumers' usernames and passwords for financial accounts along with other sensitive personal information.

Oracle knew about the update problem as early as 2011, the FTC charged, but it never advised users that the process left older versions of Java SE in place. Meanwhile, updates continued to remove only the most recent version of Java SE installed until August 2014.

The complaint calls the failure to disclose the limitations of the updates "deceptive" and a violation of Section 5 of the FTC Act.

Now, under the proposed order, Oracle will be required to notify consumers during the Java SE update process if they have outdated versions of the software on their computer, inform them of the risk of having the older software, and give them the option to uninstall it. It will also be required to provide broad notice to consumers online and via social media about the settlement.

The FTC's vote to issue a complaint and accept the proposed consent order was 4-0. The agreement will be subject to public comment for 30 days before the commission decides whether to make it final. Once that happens, each violation of such an order can result in a civil penalty of up to $16,000.

"Java was something they got with Sun whether they wanted it or not, and it didn't get that much attention as a result," noted Rob Enderle, principal analyst with Enderle Group.

"Oracle really doesn't do consumer-focused products, and they really aren't set up for them," he added.

It's unlikely Oracle intended to mislead on this, Enderle suggested. Much more likely is that "they simply didn't fully think through what they were saying."

The key violation here was actually remedied in 2014, noted Al Hilwa, a program director with IDC, but "this is a settlement after the fact, and the issue relates to the period when Oracle's software did not remove prior versions of Java."

The settlement sets a precedent for software vendors, he added. Meanwhile, there's considerable awareness throughout the industry that the majority of security issues are related to older versions of software, Hilwa noted.

"In a sense, we have shifted in the industry to a view where software is organic and is constantly updated throughout its deployment lifecycle," he said.